There is an interesting category on the #NRTF15 delegate list – other.  It’s for those delegates who aren’t rural touring schemes, companies, arts council staff or promoters.  I find myself propping up the ‘other’ category.

Which is as it should be. 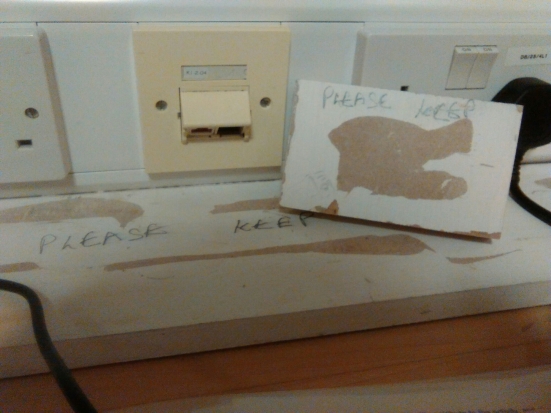 It’s perhaps, a fair reflection on why I find myself writing this blog in a boarders bed room, sitting alongside two intriguing pieces of wood inscribed in pencil with the words ‘PLEASE KEEP’. I came  to  explore how a venue like Unity – set as it is in the beating heart of a city like Liverpool – can and should engage with its rural touring neighbours.

So day one of NRFT15 acted as an effective reminder of why I should be curious about that question. 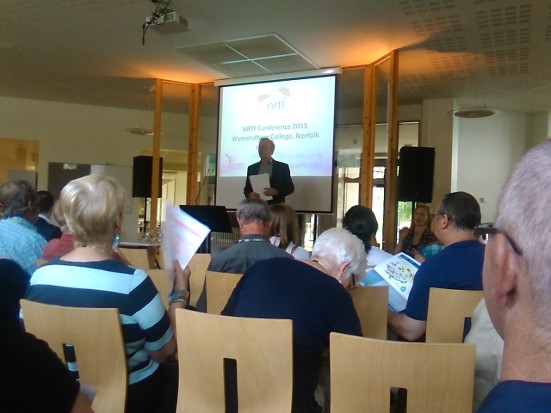 Francois Matarasso’s key note reminded the conference there are 2,400 local promoters active in the UK today, an increase of 44% from 10 years ago.  Those promoters ‘are the most extraordinarily brilliant people’ (Alex Murdoch of Cartoon de Salvo, but a sentiment I absolutely echo from my time at Eastern Angles). Promoters for whom direct mail is actually picking up the phone and talking their audience into attending (Pat Holtom).  Far from cultural deserts both Francois and Pat suggested in different ways that the artistic life of rural communities was much more alive, even if the data didn’t say so.

They argued that rural ‘artistic life’ is special, unique and different.  Firstly because of the quality of the experience and secondly because of the unique model in the way these events are promoted.

The quality of the experience comes from not just the art itself (which often sees work from young emerging artists, as well as more experienced practitioners), but also what Matarasso calls ‘the art of closeness’ combining the intimacy of the space, with the uniqueness of each and every space and an audience who know each other.  This is not an experience in a darkened room, shared with 5-600 others who you do not know – this is an intimate moment shared with family, neighbours, friends (and foe).  How you react, the show itself, what happened that night will be talked about for weeks to come.  Ralph Lister said ‘one of the most beautiful things about rural touring is the live experience’ – and perhaps there is a heightened beauty because of this rural ‘art of closeness’.

The uniqueness also comes from a model of co-production which encourages ownership, and empowers communities.  Costs and risks are shared between a partnership which if it isn’t grand is both powerful and effective – a partnership between voluntary groups, artists, public bodies and the schemes themselves.

Both Steph Fuller and Pat Holtom’s presentations added grist to Matarasso’s mill, with practical examples of the theory in action.

But there’s something more too for me, which is quietly bubbling away under the surface.  The work of rural touring companies and schemes are becoming increasingly important to our wider arts ecology.  Without being a new writing company Eastern Angles commissions often 3-4 new plays each year, Pentabus team up with Paines Plough to create Every Brilliant Thing and the show ends up in New York (as well as packing Unity and seemingly every theatre in the UK).  Look at a rural touring ‘menu’ now and its not just a shopping list of bought in work– sure some work will be ‘off the shelf’,  and some will be specially adapted but increasingly more and more is being commissioned, developed and supported by the schemes themselves. It’s also true that in a market where fees and guarantees are becoming rarer the fees guaranteed by rural touring scheme can be vital (financially and for funding bids).  And  as the small scale touring infra structure creaks, groans and in some places fades away is rural touring becoming a new power house?  Perhaps it always was…

(As an ‘other’ delegate I should note the lively panel debate which explored partnerships between the RTS and the wider sector – firm voices pleaded for partnerships entered into with equal commitment (parity), and with companies who genuinely wanted to engage with rural audiences, for work that was made with and not at communities, for thinking, ideas and proposals shaped with the RTS).

Francois ended with a simple question …what lessons can the wider arts world learn from rural touring. The answer is clearly so much more than the ‘PLEASE KEEP’ words inscribed on my pieces of wood.  I suspect more, and clearer answers, will emerge over the next few days.